Known as “Bobby’s Festival”, it produced some incredible highlights including a performance by Benjamin Britten conducting the then South Australian Symphony Orchestra and The Australian Ballet choreographed by Helpmann himself and featuring Rudolf Nureyev. 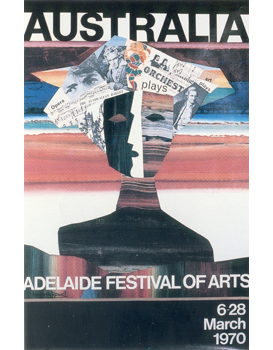