Sharman’s festival opened with a parade through the city centre including more than 10,000 people with banners, floats and costumes, followed by a concert in Elder Park with Nuova Compagnia di Canto Popolare and the Grimethorpe Colliery Band on a floating stage. 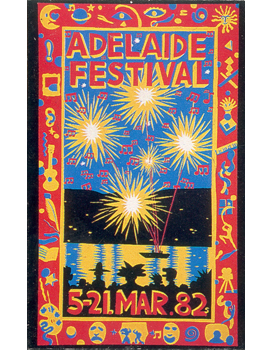