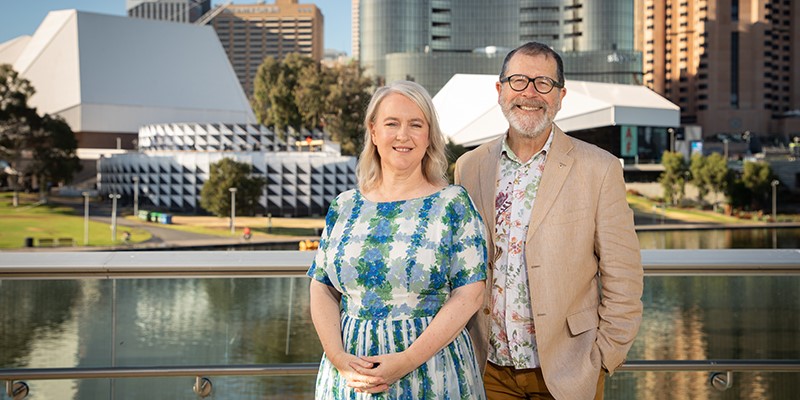 The 2021 Adelaide Festival curated by Artistic Directors Rachel Healy and Neil Armfield has seen an energising and inspiring seventeen day event unfold. With two days still to go and despite challenges of border closures, COVID safe-plans and last-minute changes, the Adelaide Festival has surpassed its box office target (of $2.77 million) so far achieving a total box office income in excess of $3.7 million (figure is inclusive of umbrella shows, but does not include WOMADelaide).

A total audience of more than 160,800 attended Adelaide Festival events (including WOMADelaide). Ticket sales have been strong with 60,958 tickets sold, venues were capped at 50%-75% capacity meant a large number of performances (70% across the whole program) sold out.

Free events were again a staple of the Adelaide Festival program and as always were very well attended with more than 66,000 visitors taking advantage of concerts, exhibitions and installations. The favourite was The Plastic Bag Store by New York City artist Robin Frohardt who brought her team and their jaw-dropping ‘supermarket’ all the way from New York’s Times Square to Adelaide’s Rundle Mall.

But it's not over yet! There are several shows and events still to run across the closing weekend:

- The sold out world premiere and gala event of Molly Reynolds and Rolf de Heer’s documentary My Name is Gulpilil, about the remarkable life of David Gulpilil, and a film retrospective at the Mercury Cinema

- The Australian premiere of A German Life continues its festival reign at the Dunstan Playhouse, an extraordinary theatrical tour-de-force performed solo over 90 minutes by one of our country’s finest stage performers, Robyn Nevin who plays Brunhilde Pomsel under the direction of Neil Armfield.

- The world premiere of Supernature, the culmination of a trilogy of works choreographed by Australian Dance Theatre’s Director Garry Stewart, about the potential future for our species, plays three shows at Her Majesty’s Theatre.

- S/WORDS and Unfolding is the world premiere of a double bill by rising star of Australian dance, Lewis Major being performed across the weekend at the Space Theatre.

- At AC Arts High Performance Packing Tape by Branch Nebula, continues to transform everyday office consumables into an OH&S nightmare that will leave you holding your breath!

- A festival favourite, FANGIRLS has had Adelaide audiences on their feet cheering with its amazing cast, witty dialogue, and heart-pumping, infectious songs at the Ridley Centre, Adelaide Showground.

- The Boy Who Talked to Dogs, a co-production between Adelaide’s Slingsby and State Theatre Company South Australia has, unsurprisingly, sold out across the final weekend.

- The Summerhouse, Adelaide Festival’s new hub that has presented 130 artists and guest speakers, audiences can see three final contemporary music performances over the weekend. Taking to the stage on Friday is Australian-born, LA-based songwriter, producer and multi-disciplinary artist George Maple and on Saturday the ARIA Award-nominated Australian musician Mo’Ju. Rounding it all out on Sunday night are four Indigenous artists who are shaking up Australian hip-hop culture, Ziggy Ramo, JK-47, J-MILLA and Jimblah perform on the final night for Hip Hop Finale.

- Many have eagerly awaited the final weekend of the festival with the Australian premiere and Australian exclusive food event, Ngarku'adlu. With several spectacular dining events on Saturday and Sunday – one a picnic for families groups or friends and the other a special fine dining experience, Ngarku'adlu offers menus specially curated and prepared by Australia’s finest First Nations chefs and suppliers, expert in South Australian native foods. Ngarku'adlu has been created with The University of Adelaide and South Australian Museum in partnership with a First Nations Steering Committee of curators and cultural leaders.